Battle your way through 3 realms of 'Sector 781', a pixel art Metroidvania platformer.

Upgrade your character and weapons; collect shards to increase your energy supply. Use teleports to navigate around the realms. Shoot things that move and some that don't move. Activate laptop checkpoints to save your position.

The free demo, playable in browser, shows the beginning of the game. If you like the demo and want to support me, the full downloadable Windows version is available for purchase.

In order to download this game you must purchase it at or above the minimum price of £2.99 GBP. You will get access to the following files:

Just bought the game and played through it.
It's a very basic but fun Metroidvania, the kind of game I really love and just can't get enough of!

The main criticism I have is the length of the game,
it only took around 15 minutes to win it.
Other than that, a Linux version would rock, although
this does run fine under WINE, that's how I played it,
and the ability to rebind keyboard controls.

Suggestion to Ben James: If you make some more levels,
I'm sure I'm not the only one who would buy more.
Maybe sell it for $10 and give the people who bought this
version 3 off?

Really enjoyed the game.  Controlled great and the upgrades came at a steady pace.  Would certainly be interested in playing a few more levels!  Great job.

I've finally had the time to play and finish it. This was a really small sized metroidvania, that is pretty forgiving and a real joy to play. Thanks!

A cute short little game, pretty forgiving as well, enjoyed it a lot

Lovely little game. The character is a bit too snappy so it makes precision jumping and platform control too difficult. Other than that love it!

WARNING: Don't press escape or it wipes your progress... If you don't close the game you can resume the most recent level (not from your checkpoint) but it forgets the health upgrades you picked up.

not very long, but really interesting... thank you for that retro moment... i really enjoyed it until the end..

This was a really solid mini-metroidvania. Metroidvanias are my favourite genre, but I don't really like the mini ones, in fact this is "gato roboto" are the only ones I've liked, but it was really fun. Shame about no controller support but with the length it wasn't that much a concern. One thing I would bring to your attention though is that the up/diagonal aiming ability doesn't seem to trigger properly. Sometimes I was able to make it trigger but most of the time pressing a directional button would just not make the character fire at all. I was able to get past the critical block and could complete the rest of the level without it, but you know - look into it. Other than that solid mini-metroidvania.

It's a mini-metroidvania. It took me 40 minutes to finish. Yeah, it's a shame, but you know you won't be sitting 10 hours with it.

Really enjoyable micro adventure. I see you have a lot of games. I wish there was some sort of filter on itch to know where to start.

Excellent demo! Would love to play this on Mac. Does Defold export for macOS?

having an issue with the browser demo where the game seems to be running at a way faster speed than the trailer. i noticed this when i was unable to succesfully use the double jump because you fall too fast to input it

Downloadable full game is also too fast, that i can't even double jump or shoot in air

Questions about paid version: Is it playable with controller? Is the release an standalone or do I need a browser to play it? Can I play it in fullscreen? Is it short, medium or long game compared to for example Metroid Fusion?

I'm thinking of getting it, I really really liked the demo and I wouldn't have problem paying even the full price for this game, but those questions needs aswers please! (mostly the length one, as I don't want to end the game just when I'm having the most fun)

that is great demo and really nice short metroidvania. Hope you release a OSX version later :)

nice demo. any chances that you're looking for someone to translate the game for you?

Damn, I really enjoyed, even the game is simple and short (demo I mean) looking to buy maybe! 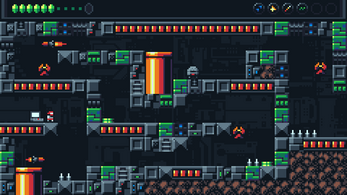 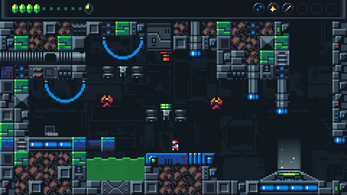 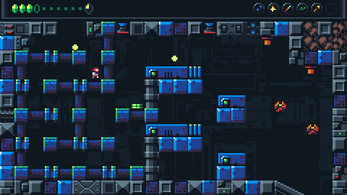